Should YOU ban mobile phones at work? 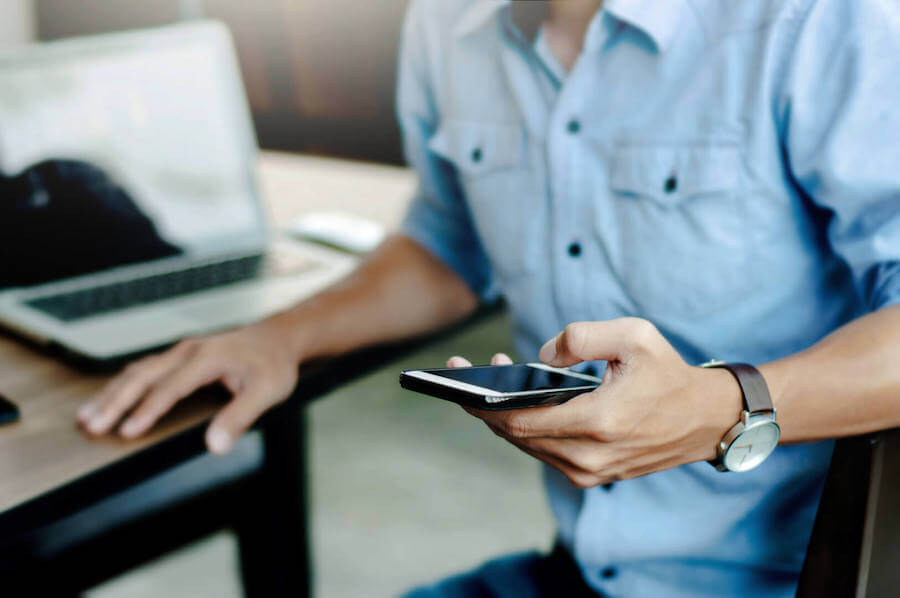 Did you know—the average office employee spends 56 minutes on their mobile phone each workday?

So for every seven people you employ, you’re effectively paying for eight.

So, what can you do about it?

It needs to set clear ground rules and explain what happens if your staff break them.

An example could be, “Employees must not bring their phones into meetings. Doing so may result in disciplinary action being taken against you.”

Tailor the policy to the nature of your business, too. For instance, a web design company may let its staff listen to music from their phones while they work, as it can boost morale and productivity.

You wouldn’t allow this of a shop assistant, though.

You should also ask your employees to sign a paper copy of the policy. Their signature confirms they agree to its terms and offers you protection in a tribunal. How? You’ll have proof that they knew the rules and still chose to break them.

But what if you’ve done all this and your employees are still phone-hooked?

Wake up and crack down

You may now choose to confiscate their mobiles altogether.

It seems drastic, but it’s already common in hospitals and retail.

Such organisations make staff store devices in their coats, bags or lockers throughout their shift, to avoid temptation and encourage better productivity.

But does the resulting ‘phone separation anxiety’ lead to a performance worse than before?

Researchers at the City University of Hong Kong seem to think so.

The complications of confiscation

“Our findings suggest that users see smartphones as an extension of themselves, and get attached to the devices,” said Dr Kim Ki Joon.

“People experience feelings of anxiety and unpleasantness when physically separated from their phones.”

And that’s just the physical effects. What about morale?

Taking employees’ personal property shows you don’t trust them, are unhappy with their conduct, and can lead to bigger problems down the line.

There has to be a compromise…

So, which strategy works best? Strict or serene? The answer lies somewhere in between.

If you allow the use of phones, you should closely monitor it—and discipline those who breach policy.

Be consistent with your discipline, too. If you ignore certain behaviours from certain people, it’ll result in further, more widespread abuse.

So don’t be afraid to clamp down, but take a fair and reasonable approach.

Don’t get hung up on phone policies…

…Peninsula is here to help.

Drug testing in the workplace

Your business may consider it in your best interests to have drug and alcohol testing for your workforce. Misuses of either can lead to serious produc...