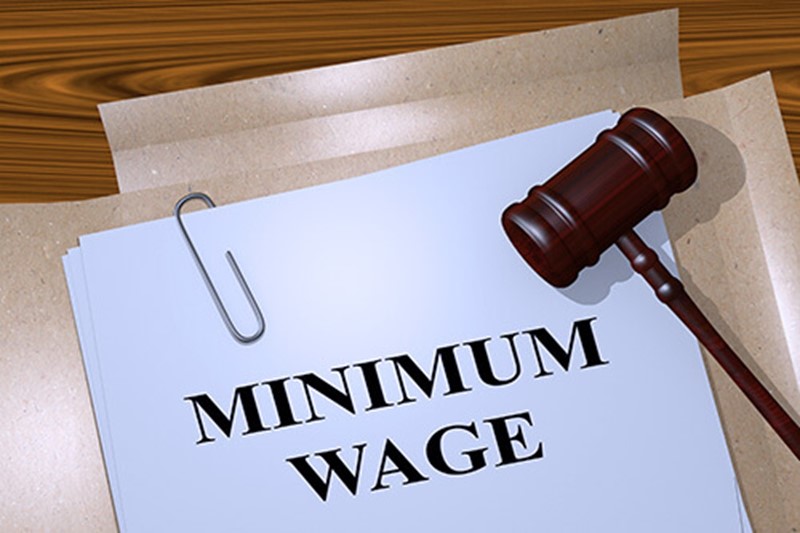 On June 1, 2020, the minimum wage in British Columbia increased to $14.60 from $13.85. The 75-cent increase applies to minimum wage workers regardless of whether they are paid hourly, a salary or commission.

What is minimum wage?

Minimum wage is expected to increase again on June 1, 2021 at which point it will become $15.20 per hour. The increases from 2018 to 2021 were recommended by B.C.’s Fair Wages Commission, to decrease the discrepancy between the minimum wage and the living wage in the province.

No. In British Columbia some workers are paid a different minimum wage based on their job type. Jobs such as liquor servers, live-in camp leaders, live-in home support workers and resident caretakers have different pay requirements. Although the minimum wage for these workers is different, it has also increased.

What is expected of employers?

Employers in British Columbia should have started paying their minimum wage workers $14.60 on June 1, 2020. If a worker has not been receiving the correct wage, they will be owed the difference going back to June 1.

Have questions about paying minimum wage?

To get answers on the minimum wage increase and other aspects of employee pay, such as overtime and vacation pay, speak to an expert today: 1 (833) 247-3652.

COVID-19: How to Help Your Staff Safely Commute to Work

COVID-19 & Workplace Safety: How to Set Up Staggered Shifts

Employer Advice on Managing Heat Stress in the Workplace

Guide Summary: Work Refusals As the first wave of the COVID-19 pandemic passes, many businesses are...

Guide Summary: Recalling Staff As the first wave of the COVID-19 pandemic passes, businesses are pr...

General Overview of BC Leaves of Absence

Guide Summary: General Overview of BC Leaves of Absence  This employer guide provides a high-level ...

An Essential Guide for Health and Safety in Alberta