Can staff carry holidays over into next year? 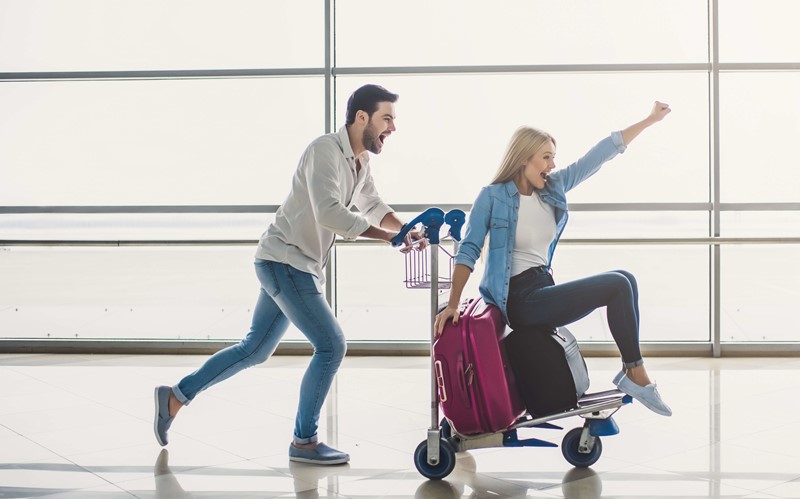 How many holidays do your employees have left to take?

You’ll probably not know—at least not off the top of your head, anyway. But if your business’s leave year runs from January to December, time’s running out for everyone to use up their holidays (including you).

Now, most people are happy to use up their holidays, but there’s often a minority who find themselves staring at December’s slowly closing curtain with an entire week’s worth of leave still left to play with—which is when some employees might try to get creative with it.

When staff have leftover holidays

Your employees could ask you if they can sell the time back to you. But that can be expensive for smaller businesses, especially around Christmas time.

Or, they could ask you if they can take the holidays next year instead—also called holiday carryover. But should you allow that? Let’s look at the potential impact it can have.

Say your business offers 25 days’ annual leave (plus bank holidays) and someone wants to carry over five unused days. If you’re in England, that’s 38 days with no work for the year. In Scotland, it’s 39. And in Northern Ireland, it’s an impressive 40. Good for them, perhaps a reward for their efforts throughout the year. But for you?

It’s as much as 15.81% of next year lost per person—a major risk to your business’s productivity.

With businesses potentially put at such a disadvantage, you’d be forgiven for thinking that there must be an employment law that requires holiday carryover. Not quite…

The law on holiday carryover

No matter how hard your staff might argue, you don’t have to allow holiday carryover. In fact, it’s more common than not for decision-makers like you to rule it out as an option entirely (though there is one exception—more on that shortly).

Instead, you might make staff responsible for using up their entire annual leave allowance, and if there’s any left at the end of the year, then tough luck (sometimes called the ‘use it or lose it’ rule).

But on the other hand, if you’re more of a lenient kind of boss, you might let people take the odd surplus day over into the new leave year, so long as it doesn’t harm your business’s output. The most you can carry over is 1.6 weeks’ leave, which for a 5-day-week worker is eight days in total.

Whichever way your business treats annual leave carryover, include a policy on it in your company handbook and get employees to confirm in writing that they have received, read and understood it.

In 2016, the Court of Justice of the European Union (CJEU) ruled that if staff haven’t been able to take their entire holiday entitlement because they were sick, they should be allowed to carry them over to use the following leave year… but with some restrictions.

The ruling only applies to the first four weeks of the employee’s 5.6 weeks of statutory annual leave entitlement. That’s because the European Working Time Directive says four weeks’ leave is the minimum that everyone in the EU should get.

See if staff have problems

If some people aren’t taking their full annual leave allowance and haven’t been sick, have you ever stopped to think why? It could be for a worrying reason:

We’ve covered presenteeism before. It’s the lesser-known cousin of absenteeism, where staff workloads make them feel like they can’t take time off. That can be dangerous, with burnout a major risk.

Talk to your people, get answers, and find ways to encourage people to use their holidays. After all, better rest means better output.

How to manage carryover

Keep an eye on whose remaining annual leave isn’t reducing or, if you have line managers, encourage them to do it for you.

If people are still reluctant to book time off, you might want to introduce mandatory annual leave on dates that you choose—but that’s an extreme option.

And if you’re so busy with your actual day job that you find it hard to see how much leave people have left, one tool is guaranteed to help you.

BrightHR is our award-winning online HR software tool that makes managing annual leave easy. Approve or decline holiday requests with ease and instantly see how much entitlement everyone has left. There’s much more to BrightHR, too…