As an employer, your staff will come from different religious backgrounds - but it's your job to make them feel part of the team and not treat them unfairly.

Workplace discrimination is against the law in the UK, and you could be taken to an employment tribunal.

In this guide, we'll discuss what religious discrimination at work is, its different forms, and how you can create an inclusive workplace.

What is religious discrimination at work?

It's your duty to understand the different ways an employee can be discriminated against due to their religion or belief.

To be able to tackle religious and belief discrimination head on, it is crucial you understand your employee’s rights.

How are employees protected from religious or philosophical belief discrimination?

In UK law, it is illegal to discriminate against anyone due to their religion. The Equality Act 2010 is in place to ensure no one receives unfair treatment.

Some religions which the act protects are:

How does the Equality Act 2010 protect against religious discrimination?

Under the Equality Act 2010, someone's religion or belief makes up one of the nine protected characteristics - meaning they can't be discriminated against.

Other aspects of someone that are a protected characteristic is there:

It is crucial you understand the nine protected characteristics in order to create an inclusive workforce.

Is a philosophical belief protected under the Equality Act?

It is often harder to establish whether someone's philosophical belief is protected under UK law. In legal terms, religion means something has a clear structure and belief system.

A philosophical belief is a protected characteristic under religion, so the following criteria have to be met in order to receive protection:

As an employer, you have a responsibility to ensure your workplace is as inclusive and diverse as possible. 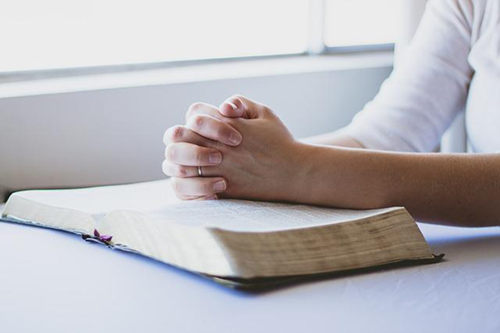 There are seven different forms that religion or belief discrimination can take in day-to-day life. Below are in-depth explanations of each one.

To properly manage any discrimination based on religion or belief in your business, you must understand what to look out for.

Acknowledging how you could be discriminating against an employee can go a long way in creating an inclusive, diverse, and welcoming workplace.

Below are examples of discrimination which you need to ensure aren't happening in your company.

Direct discrimination due to religious beliefs

There are a range of ways an employee can be directly discriminated against due to their religion, including the following:

Employees should never be denied opportunities for reasons related to religion or belief, this is completely illegal and should be avoided at all costs.

There are many examples where an employer may indirectly discriminate against an employee or a group of employees.

Before creating and implementing new policies, make sure you speak with all your employees to ensure you aren't offending anyone.

There are many examples of associative discrimination - where the employer applies an opinion based on an employee's family or friend.

You should never treat colleagues differently because they are associated with other religions. Someone's own religion or belief does not defy them as a person or their ability to work.

Can you be taken to an employment tribunal over religious discrimination claims?

If an employee feels they've been discriminated against of their religion or belief - they may raise a grievance or potentially take you to an employment tribunal. The tribunal will then decide if you're guilty of the claim.

Indirect discrimination can be objectively justified if the employer can show it's a proportionate means of achieving a legitimate aim. In simple terms, there may have been a reason for the discrimination.

For example - there may be safety reasons as to why religious headwear can't be worn.

How to reduce the risk of religious discrimination at work

As an employer, you have a personal responsibility to create a welcoming, diverse and inclusive workforce.

Below are ideas you can bring into your company to lower the risk of discrimination claims being made against you - and the potential of an employment tribunal.

This should be essential for all businesses - create a clear inclusivity and diversity policy. This policy should outline how the employer treats people who are part of a different religion or belief.

You should also ensure your employment practices don't discriminate, for example, in job descriptions.

Make sure you tackle any instances of discrimination with extreme importance.

As an employer, you should treat every employee with respect - no matter their religion or background.

One employee may choose to express their religious belief differently to a colleague who is part of the same religious group - so respect their choice.

Include all religions on any decision-making panels

When looking to make decisions for the businesses that'll involve your employees, make sure there's diversity shown on the panel.

This'll help employees of all religions get their point of view across and increase their confidence in your ability.

Provide education and training to new and current employees

Provide training and educate all employees on different faiths and different religions. Sometimes lack of education can lead to a pre-judged set of opinions on religion or belief.

Make sure refresher training is given on an annual basis, making sure any training is signed off.

Be accommodating to your employee’s needs

You have a duty to accommodate an employee's religious beliefs as best you can. You should allow time off for religious festivals or changes to shift patterns - if they don't interfere with the business.

Work with your staff to create a calendar which includes religious holidays and show your employees you support religious diversity in the workplace.

Get expert advice from Peninsula on avoiding religious discrimination

As an employer, you have a duty of care to protect your employee from all forms of religious or belief discrimination.

The Equality Act 2010 protects all employees against religious or belief discrimination. Make sure you fully understand how discrimination can make your staff feel, and what you can do to avoid it doesn't happen in your workplace.

Peninsula offers you expert 24/7 HR advice and support, helping you create an inclusive and diverse workforce. Contact us on 0800 051 3687

Click here to sign up for our webinar. According to research, the UK could lose 14 million working days a year due to menopause-related symptoms. A

HMRC hands out £8m in fines for tax evaders