Unfortunately, workplace harassment is sometimes difficult to spot or eradicate. Businesses are often unaware of how to manage these incidents.

Nevertheless, every employer has a legal duty to protect their staff from sexual harassment during work. Failing this means employees may raise their grievances to the employment tribunal. Here, you could face paying compensation, losing employees, and business damages.

In this guide, we'll look at what sexual harassment is, UK laws on workplace harassment, and how to support employees affected by unwanted conduct.

What is sexual harassment?

Sexual harassment is when a person experiences unwanted behaviour or conduct of a sexual nature. It can happen as one single act, or over numerous occasions. In the workplace, sexual harassment can include:

A worker may experience sexual harassment from another colleague or employer. But it can also come from non-employees, like customers, contractors, and even the general public.

Are there different forms of sexual harassment at work?

There are numerous forms of sexual harassment which a person can experience. Some of the most common examples include:

For example, a female employee faces bullying and termination threats because she rejected sexual requests.

Unwanted sexual attention refers to unsolicited gestures, verbal comments, and other non-physical conduct. This is probably the most common form of sexual harassment.

For example, a male employee receives sexual leering during work because of his uniform. Here, the behaviour is unwelcome, unpleasant, and humiliating.

Unwanted sexual attention can include verbal and physical sexual assault, like rape. A combination of both classes as illegal conduct under UK law. This means the legal authorities, like the police, may need to be informed.

Gender reassignment harassment is when a person encounters unwelcome sexual behaviours based on their gender identity.

Such actions can include making derogatory comments about bodies or sexual activities relating to one's sex or gender identity.

For example, a trans nursery teacher experiences sexual jokes from the parent of a student. The parent may not have a sexual interest in the teacher. However, their actions can constitute as sexual harassment because it’s sex-based. 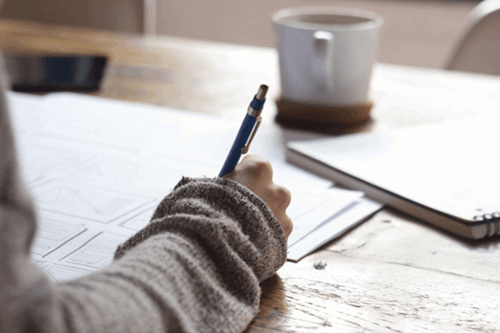 UK employment law on sexual harassment in the workplace

In the UK, there are relevant harassment regulations you should refer to. The Equality Act 2010 states sexual harassment involves:

In simpler terms–your staff are legally protected against unlawful harassment, bullying, and discrimination.

There are nine protected characteristics which revolve around unlawful sexual harassment:

The Code of Practice outlines practical examples and reasonable steps for managing sexual harassment. And can help both employers and the person making the claim.

Failure to protect their welfare could cause employees to leave their job through constructive dismissal. Raising their case to the employment tribunal could result in costly business damages, losses, and closure.

In cases of criminal activity, guilty parties could pay compensation penalties or even face imprisonment. How to eliminate sexual harassment at work

Every employer has a legal and moral duty to ensure nobody suffers from a hostile working environment. By taking reasonable steps and outlining procedures, you're on your way to safeguarding employees from such behaviour.

Here are ways to eliminate sexual harassment at work:

As an employer, you need to ensure staff follow relevant procedures and training when it comes to harassment. Every employer can manage such conduct and behaviour through a sexual harassment policy.

The policy covers things like what is defined as sexual harassment, how it occurs, and ways to prevent it during work. The consequences and disciplinaries, for when an individual engages in such action, needs to be made clear.

There are several steps to follow when grievances are raised. But you need to manage sexual harassment issues on an individual level.

An employer could use mediation for first-time cases, like making a passing sexual joke. You may need to action investigations and inform the police for more serious cases, like sexual assault.

The procedure you need to choose will ultimately depend on the extent of the accusation.

Ensure all workers fully understand how to report harassment of a sexual nature.

If a person has been sexually harassed, they should be able to report it without fear or trepidation. They should never be made to suffer alone–nor victimised for speaking out about it.

Highlight your reporting process and ensure it's available for all employees. Their claim should be kept confidential and only shared with relevant people. Like their line-manager, HR department, or the police (if necessary).

Employers have a legal and moral duty to provide their staff with secure working conditions. That's why it's important to create a healthy and safe working environment for them.

By doing so, you'll be able to promote workplace security and tackle issues like sexual harassment.

Remember, a good workplace culture is built on mutual respect and loyalty; and it's this that exudes business success. 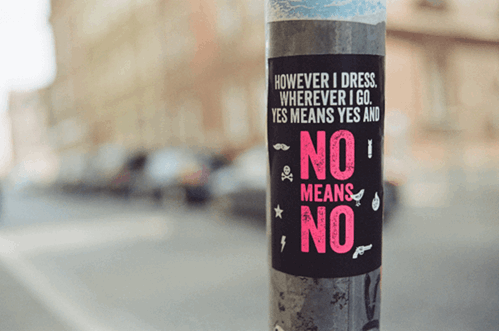 Does it count as sexual harassment if it happens outside of work?

Yes, it counts as sexual harassment even if it happens outside of a person's employment. But this public domain is a grey area and should be taken on a case-to-case level.

Many employers assume workplace sexual harassment occurs only during work hours. But it can happen during non-work situations. Like at Christmas parties, after-work drinks, and more increasingly, on social media.

Employers aren't automatically expected to investigate here. However, as moral duties go, it's best to initiate help for affected employees.

Does it count as sexual harassment if you 'accept' it?

It might sound abnormal, but in some cases a victim may feel obliged to accept sexual harassment misconduct.

For example, a new worker felt obliged to reciprocate sexual innuendos, as this is the workplace norm. After the first weeks, they raised the issue as a sexual harassment complaint. They stated they felt compelled to accept the 'banter' out of fear.

The misconduct can class as 'unwanted', even if a worker initially accepted it and is now raising it as an issue.

Does it count as sexual harassment if it's verbal?

Yes, harassment of a sexual nature can include verbal, non-verbal, and physical conduct.

The harasser can have a multitude of reasons for creating an intimidating, hostile work environment. But in the end, the main point to highlight is the effect it has on the victim. If sexual words, images, or actions makes someone feel uncomfortable, it can class as sexual harassment.

Get expert advice on sexual harassment in the workplace with Peninsula.

As an employer, it's crucial to identify and minimise misconduct and behaviour which is against the law. By doing so, your workers will be able to gain value, respect, and loyalty.

If a worker experienced sexual harassment at work, you could end up facing compensation penalties, losing employees, and business closure.

Peninsula offers professional advice on sexual harassment in the workplace. Our HR team offers 24/7 HR employment advice which is available 365 days a year. We also provide advice through multi-lingual support and fully trained counsellors who are ready to help.