Tax increases frequently result in pay cuts for many workers, which may not match the cost of living. In such cases, trade unions may vote to strike in order to grant salary raises to their members.

In the UK, employees are entitled to participate in lawful strikes. However, the move is authorised by the government if certain requirements are satisfied. Teachers, rail workers, and cleaners were among the previous strikers.

There is always the possibility that any department within your business would go on strike due to a tax increase, work overload, or any other reason. You should have sufficient knowledge about employee payments during a strike.

In this guide, we'll discuss strike pay, the amount of payments, and advice on how to manage strike pay in the event of a strike.

What is strike pay?

Strike pay is a payment provided by trade unions to a striking member of the union.

The payment made by unions is made to support the entitled workers in satisfying their basic needs while they are on strike.

What is a strike fund?

Strike pay is often paid from a specific reserve which is called a "strike fund".

Workers of trade unions believe that the availability of strike fund strengthens their bargaining power and reduces the likelihood of a strike.

This is because employers are aware that their employers have access to this payment if they chose to strike.

How much is strike pay in the UK?

The strike pay is split into the two different groups below:

If any of your workers earn less than £75 on any given day, the strike fund will pay their whole loss.

For example, if they are a part-time worker who should have earned £40 a day, the strike fund will compensate.

How much pay to deduct during an official strike

When calculating payments, you should only deduct the amount the employee would have earned if the strike had not occurred.

The calculation of deductions is based on their work type (hourly, weekly, or monthly) and terms of employment:

You can't deduct your workers' pay if they weren't required to work on the official strike day. Employment contracts can specify the days on which compensation is accrued, and such a provision will override the default setting.

No, strike pay isn't considered earnings from employment and is therefore not subject to tax in the UK.

In general, any pay you receive from unions is tax-free.

Refusal or acceptance of partial performance

When your employees take non-strike-related action and refuse to complete a portion of their contractual work, this is called partial performance.

You must inform employees of the following if you refuse to accept partial performance:

If you accept partial performance, paying your employees is mandatory. This is regardless of what job they have carried out.

Who has the right to strike in the UK?

In England, trade union members have the right to vote before their union asks them to take strike.

Keep in mind that a strike is not mandatory for employees to participate in, and their union cannot penalise them for not doing so.

They can file a complaint with an employment tribunal if they are excluded or expelled from their union.

Also, the Trade Union and Labour Relations (Consolidation) Act 1992 gives protection to trade unions. This immunity protects them from legal liability if the union engages in industrial action "in contemplation or furtherance of a trade dispute."

How to manage strike pay?

Different rules will apply in different situations. You should be able to manage the payment deduction properly during a strike. Good practice would usually ensure the following:

Setting up specific terms about strike pay in the employment contract helps to avoid potential issues with your employees in the event of a strike. 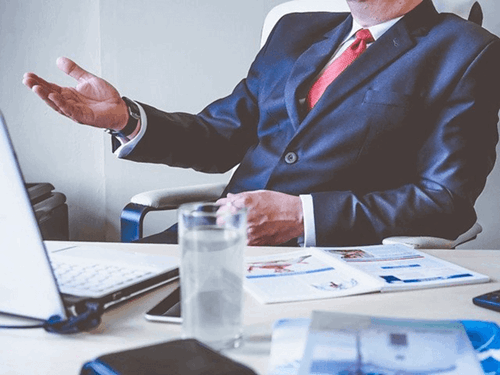 Can you dismiss an employee for strike action?

Employers have a restricted right to dismiss any of their employed personnel who participate in an official strike. The law protects them when:

It's notable that an employer has the right to lawfully dismiss any of their employees who participate in unlawful action.

In the case of unlawful action, you can dismiss someone and then pick and choose who to hire back based on your opinion. Anyone you choose not to re-employ is not provided with any protection against victimisation.

Can you deduct pay for striking employees?

Yes. However, most employers struggle to determine how much pay they should deduct from their employees while they are on strike.

When your employees are on strike, you can deduct no more than one-fifth of their weekly payments for a day of the strike.

Effect on continuous employment and length of service

If employees return to work after the strike, their continued employment is unaffected. They remain your employees.

This implies that their employment contracts remain in effect throughout and after the strike.

However, days spent on strikes do not count towards their overall length of employment. This may be relevant for calculating items like mandatory redundancy pay or pensions.

Get expert advice on strike pay

As an employer, you should be aware that trade unions have a specific amount of strike funds. This provides their members support when a strike happens.

Members of the union who are entitled to strike pay don't need to pay tax for the support they received from their union.

However, you must calculate the amount you deduct from their taxable income accurately. Wrong calculations can lead to issues with your workers. If you lack the experience, you should ask an expert for support.

Peninsula offers 24/7 HR advice on strike pay which is available 365 days a year. We help you calculate the correct payment during a strike. Want to find out more? Contact our team of experts on 0800 051 3687 and book a free consultation with one of our HR consultants.

The average age of employees has increased in recent times. This means more of us are working well into our senior years. Menopause is a health condi

How are right to work checks changing from 1st October?

Should you rehire an employee who left your business?

Want to reduce workplace absences by 45%?